You must be registered to use this Site. (no fees for buyers)

× This item is no longer available for purchase.
Active 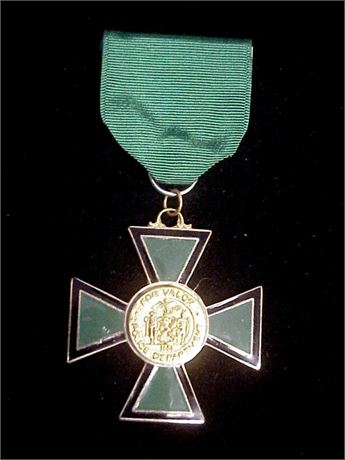 Payment Instructions
Maryland Sales Tax will be applied for buyers residing in the state of Maryland || Payment is required within 24 hours of winning bid or purchase.
Details
Description

The Police Combat Cross is the second highest departmental award of the New York City Police Department. The Police Combat Cross is awarded to police officers who, "having received Honorable Mention awards, successfully and intelligently perform an act of extraordinary heroism while engaged in personal combat with an armed adversary under circumstances of imminent personal hazard to life".

There are no questions for this listing.